‘Empty space and points of light.’

It’s somewhat easy now to find a logical explanation, but then nothing made sense: we were in a wasteland of mental and physical stillness. Months later we found ourselves with a peculiar body of work: coloured skies and B/W abstractions. In theory a most unlikely match, in practice a strange mix of spirituality, physicality, honesty and other things difficult to label.
For eleven months Gudòk was ill with Myalgic Encephalomyelitis. During this period her whole existence was of a phantom nature: alive but not living. Myalgic Encephalomyelitis is an active death, a life on pause, a curse, a very private hell that has its own unpredictable course. It was in these circumstances that David began unconsciously to photograph the sky. If he wasn’t as agnostic as he is, this could be read as a prayer. Gudòk’s breathing corpse could only express itself through the act of making love. It was as if the small amount of energy left chose its own pathway reconnecting a disconnected self.

Our photographs, taken by handing the camera back and forward to each other during the act of love and simply clicking without looking in the viewfinder…that mess of movement, blur and unsharpness seemed to be an accurate portrait: violent, beautiful, physical, primal, foggy, spiritual, commonplace, unique, new, democratic, ancient, ritualistic.

The sky images were more ambiguous. They were hard to pin down and yet, when combined with the B/W images of sex and lovemaking, a strange chemistry or perhaps alchemy existed.
Odd, very odd indeed. 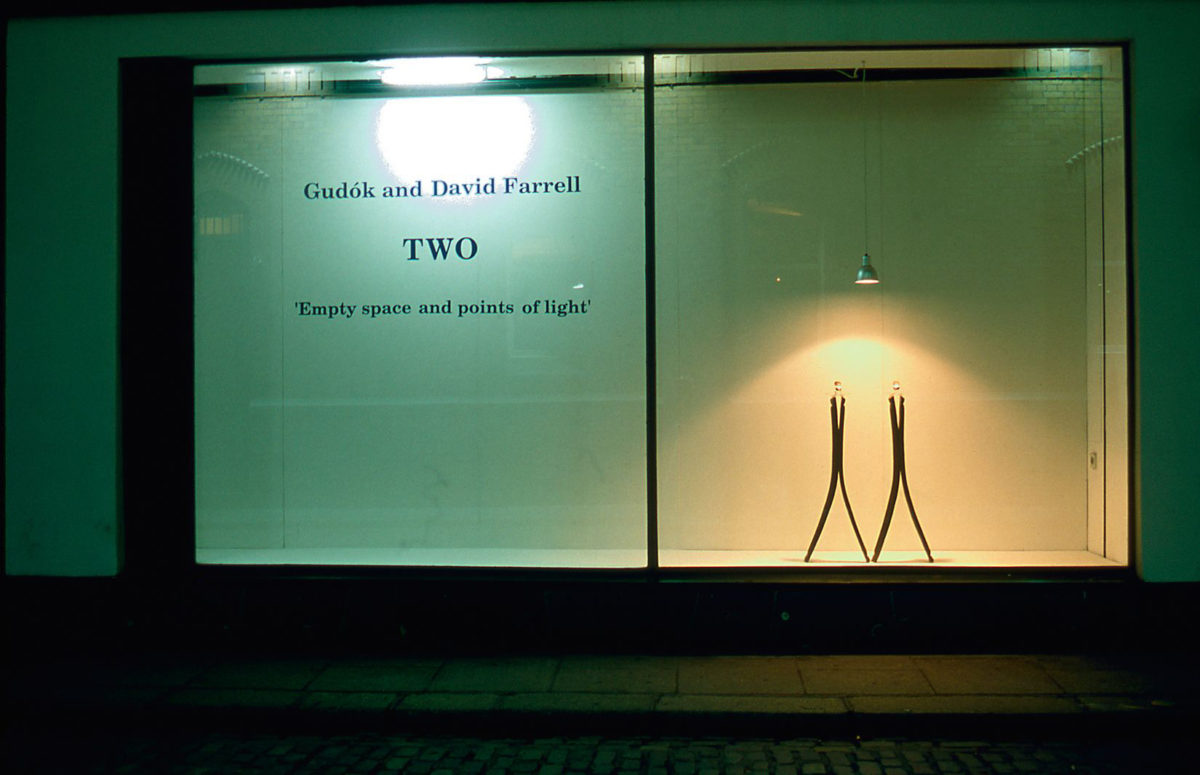 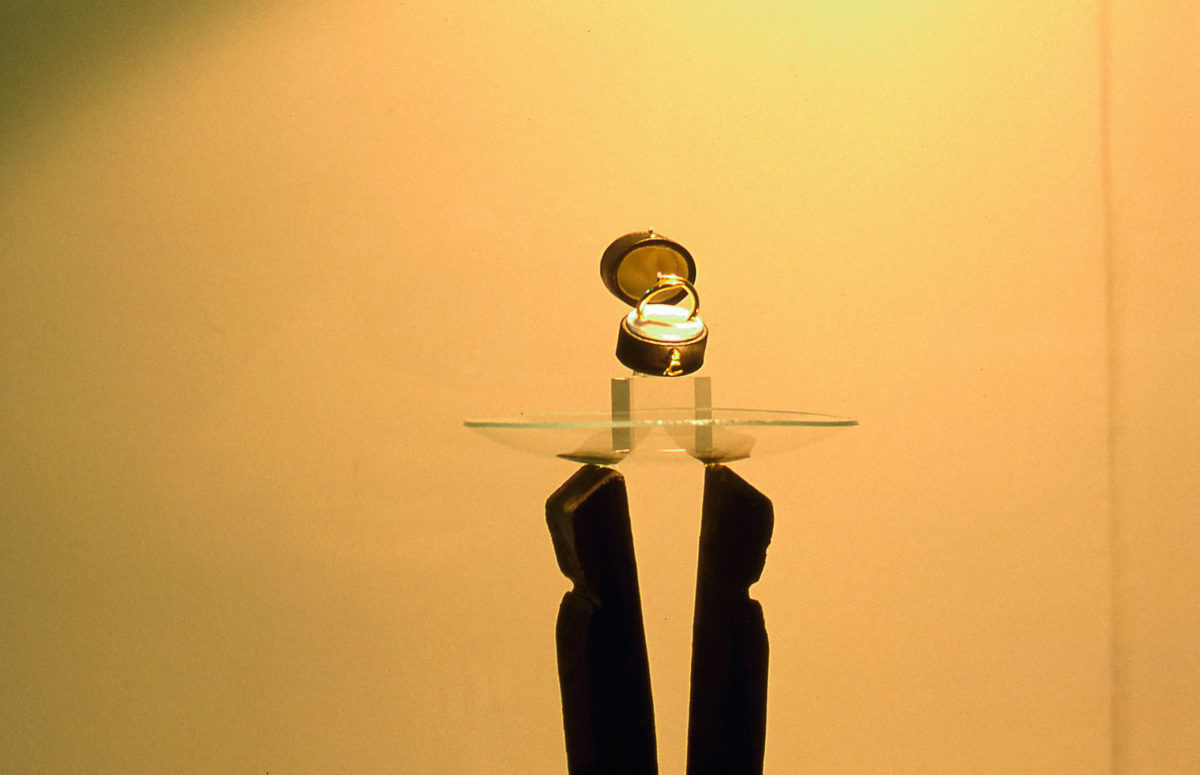 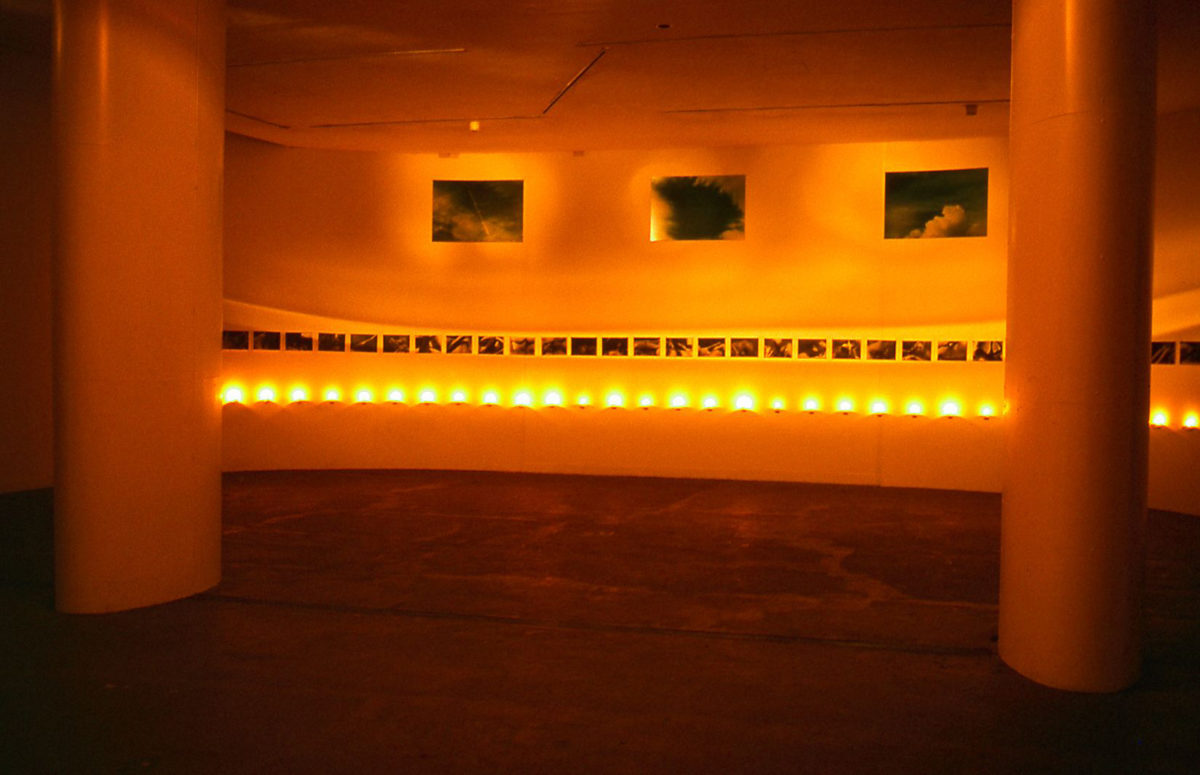 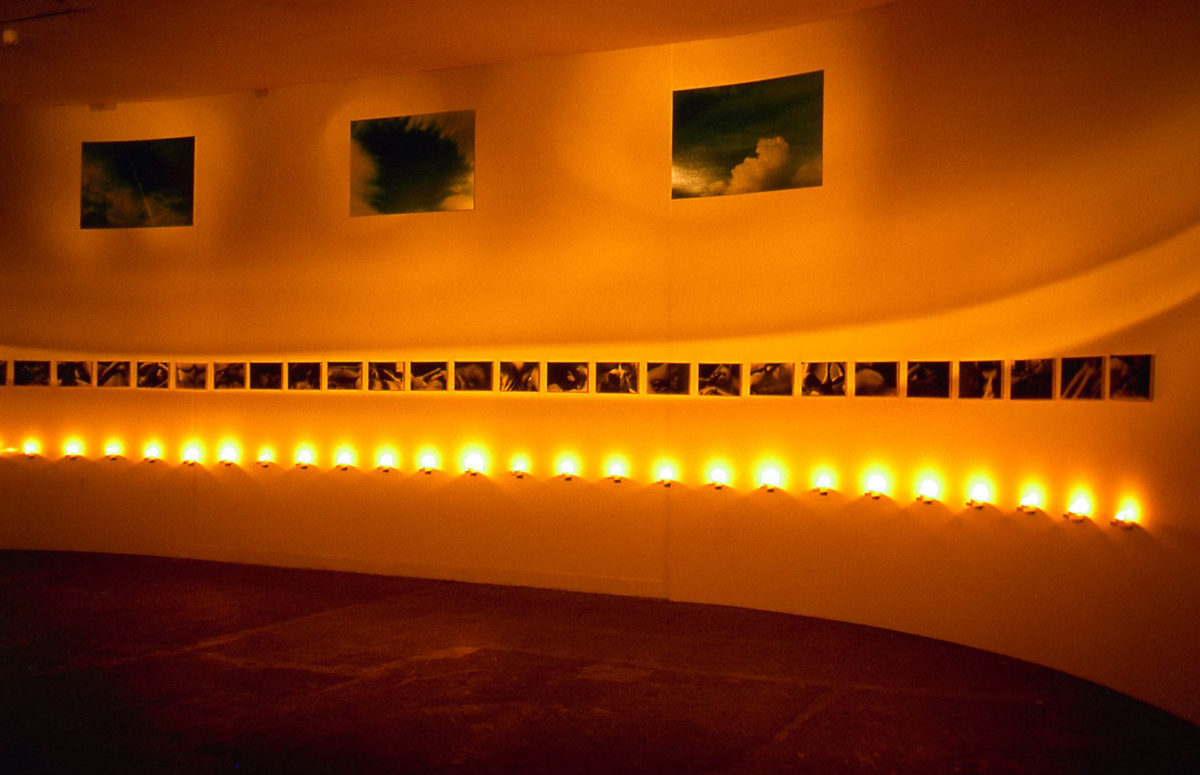 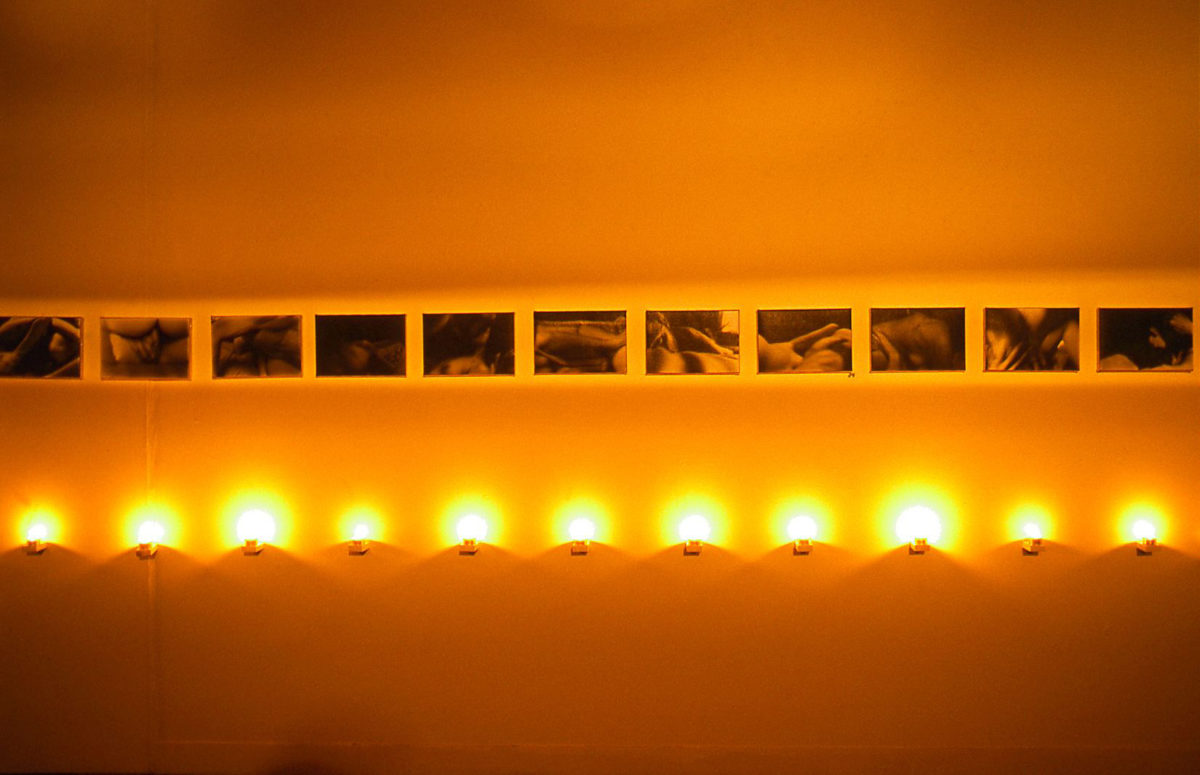 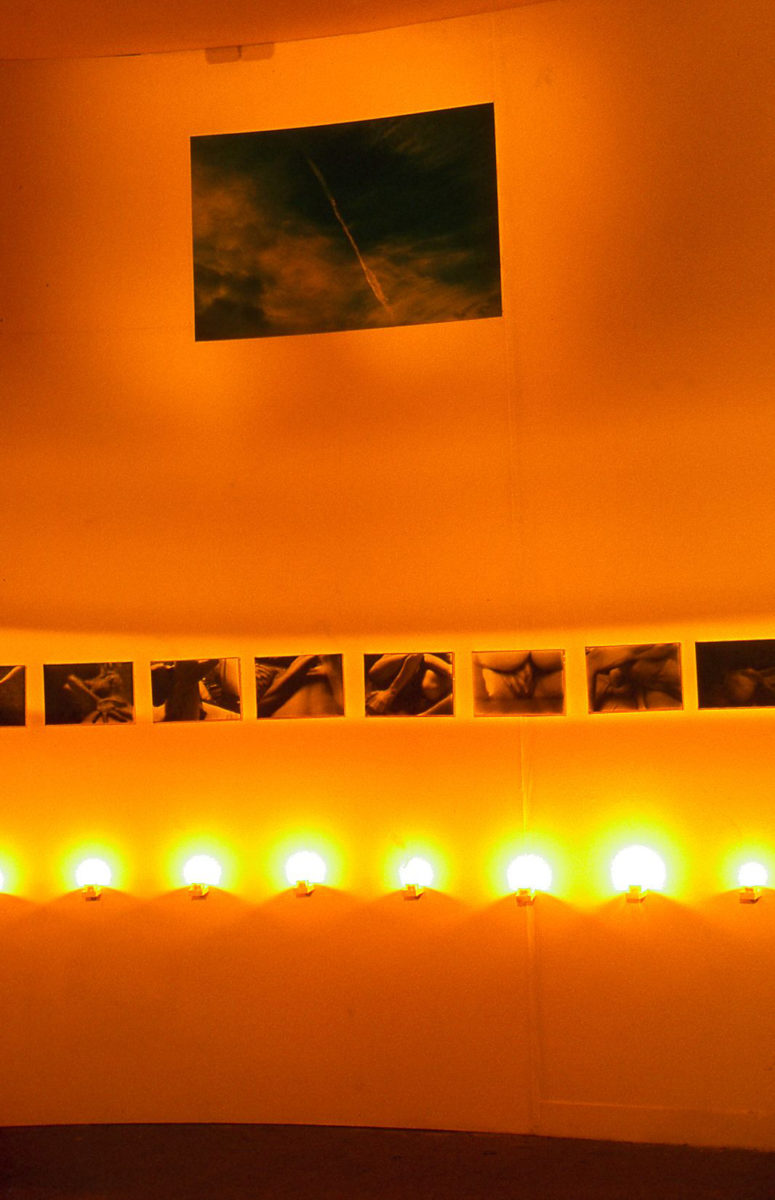 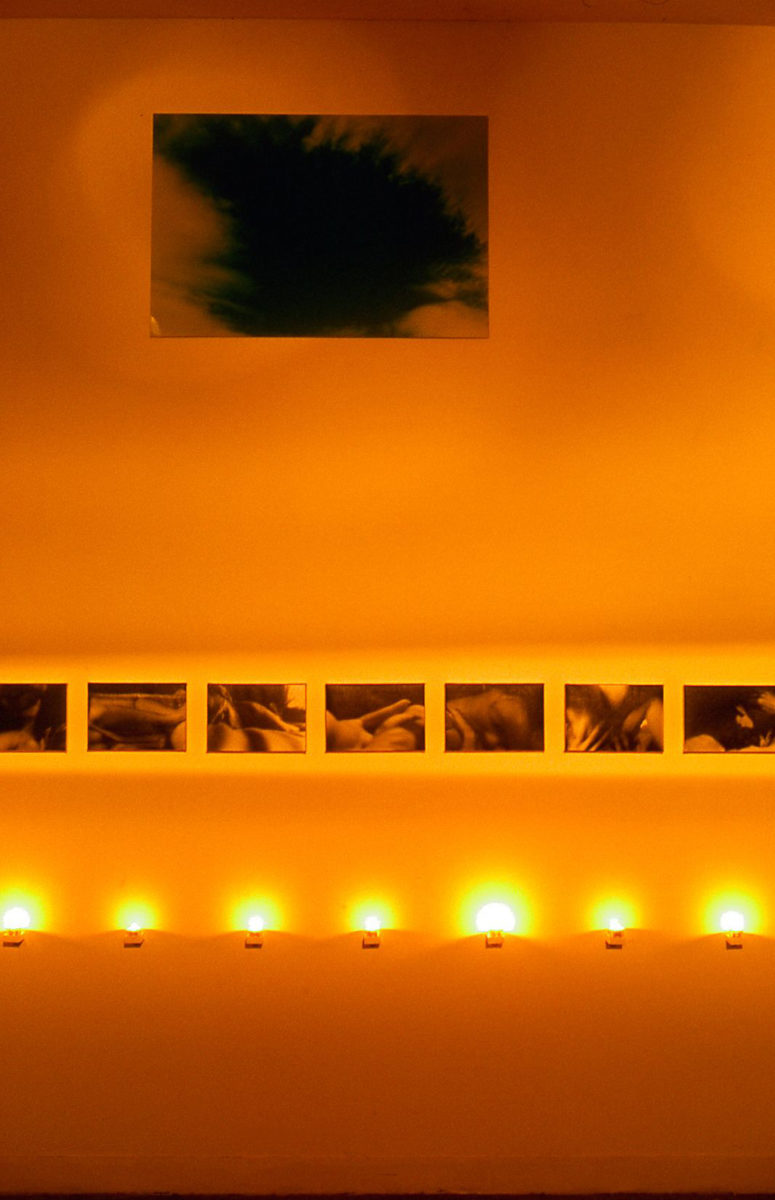 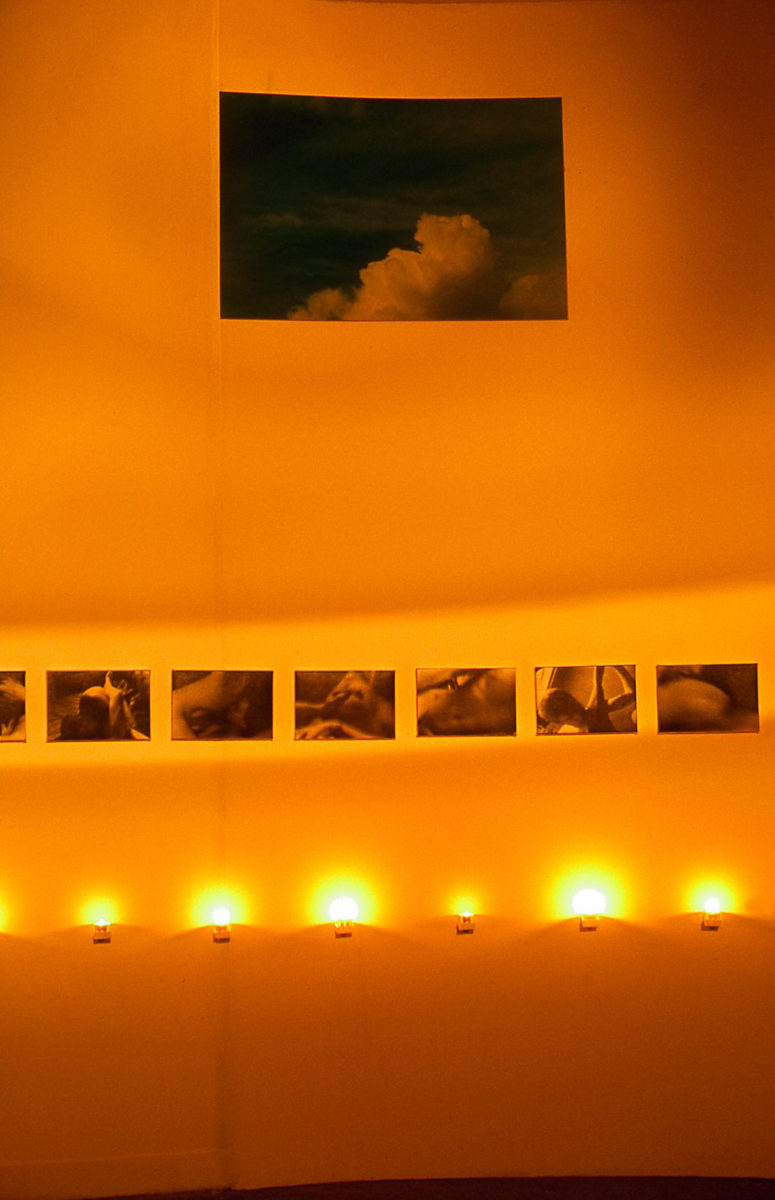 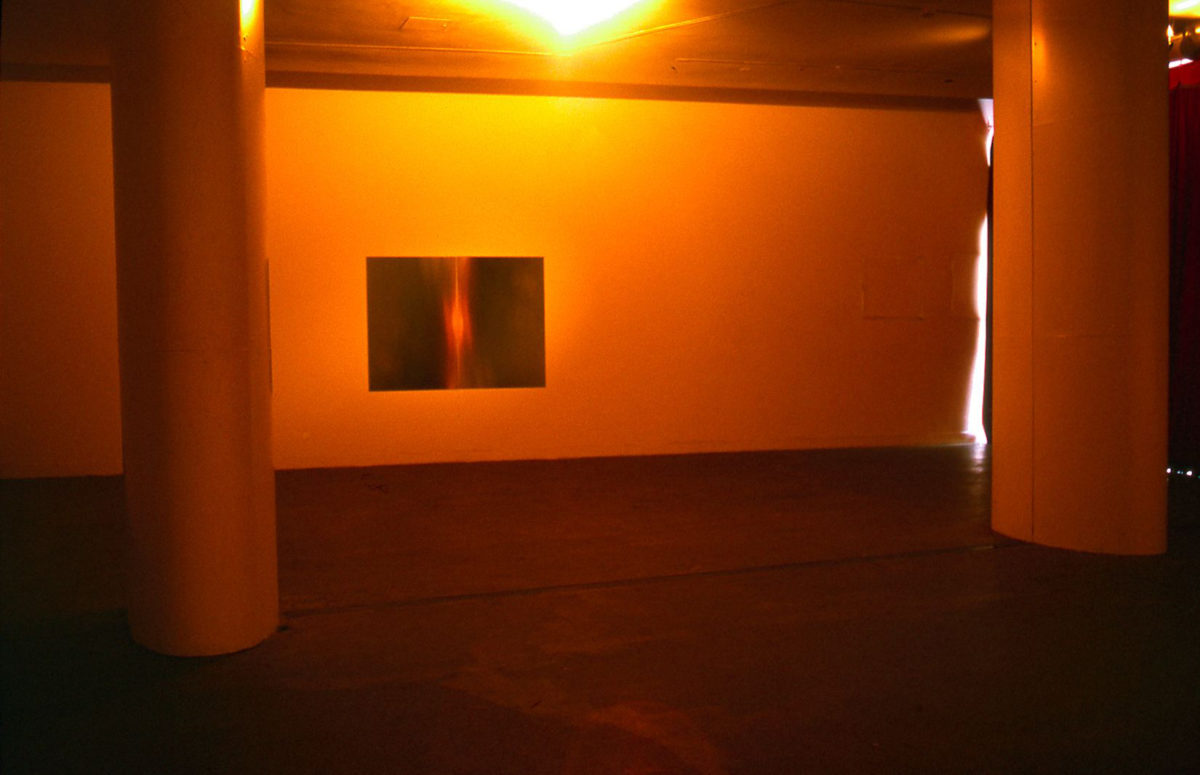 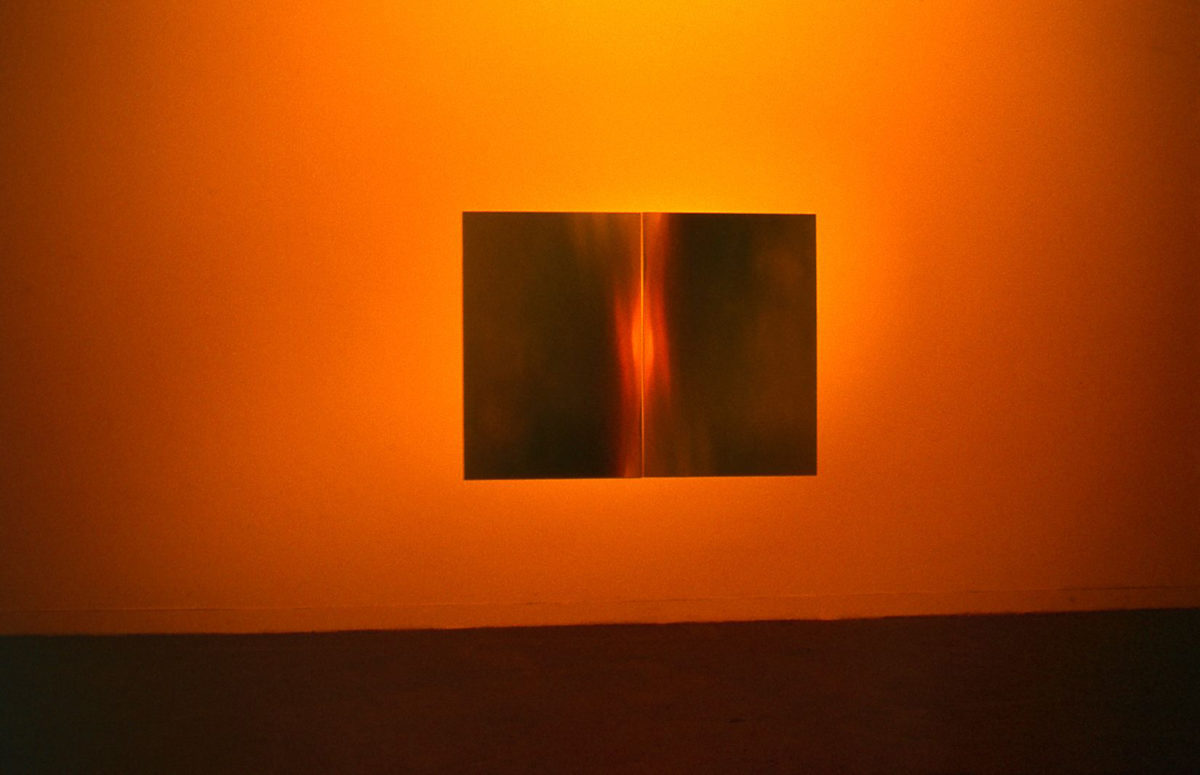